This interdisciplinary and experimental project focuses on the cross-border networking of people between virtual and real space. An encounter between two people takes place at different locations. Tactile, visual and auditory sensory perception are separated and therefore amplified in order to initiate an encounter. By means of an avatar, the user in virtual reality is able to interact with the person in the real space. Emotionless and distant encounters on a virtual level are experienced in a new way. My part of the work was the development of the concept and the interaction design of the vibration vest. The user in the real space moves in a dark room and is able to feel distance and closeness to the user in the virtual space. If the user in the virtual space touches the avatar, vibration motors transfer the contact to the user in the real space wearing the vest. The result is a vest consisting of 16 motors which are controlled by an Arduino. 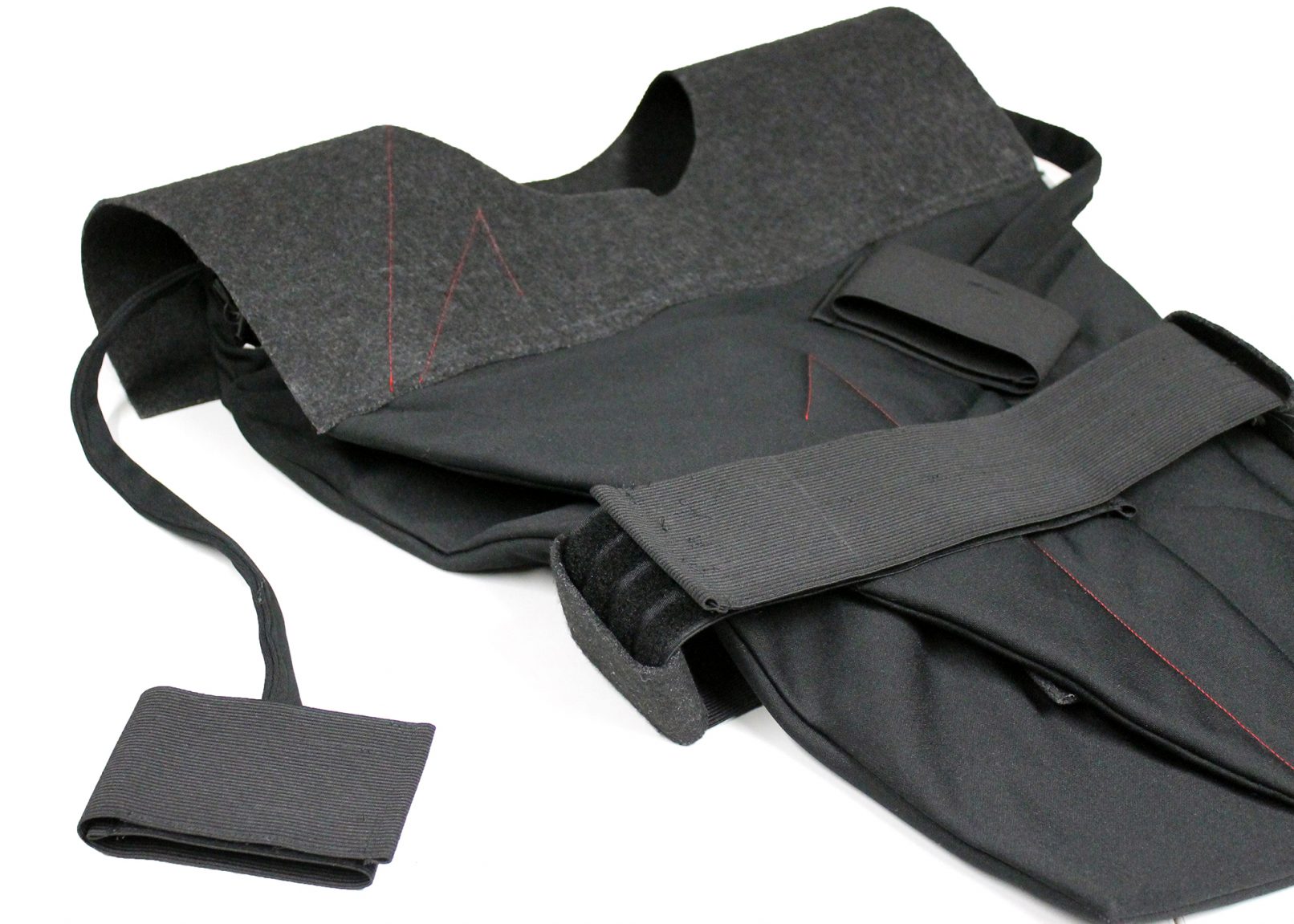 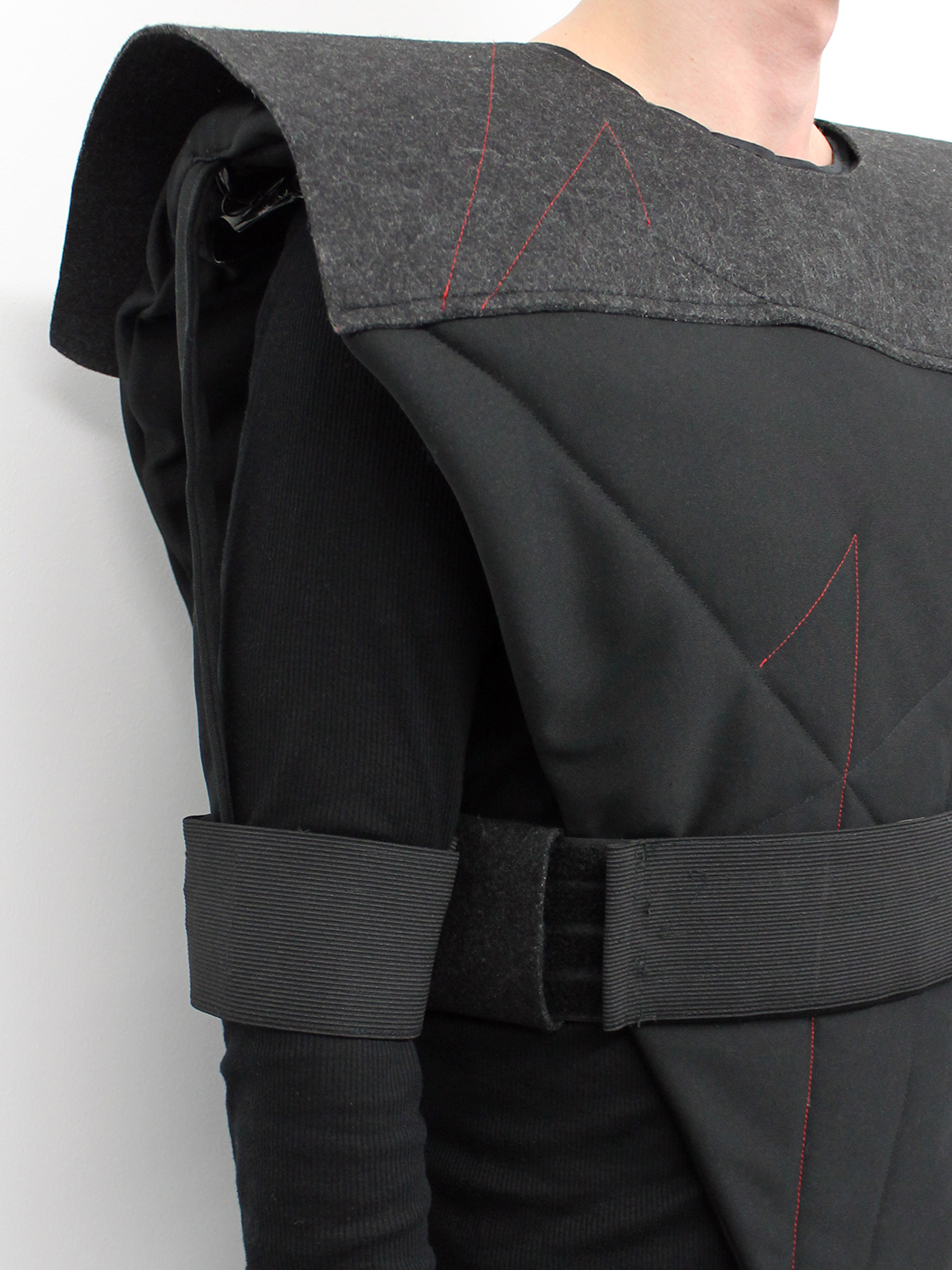 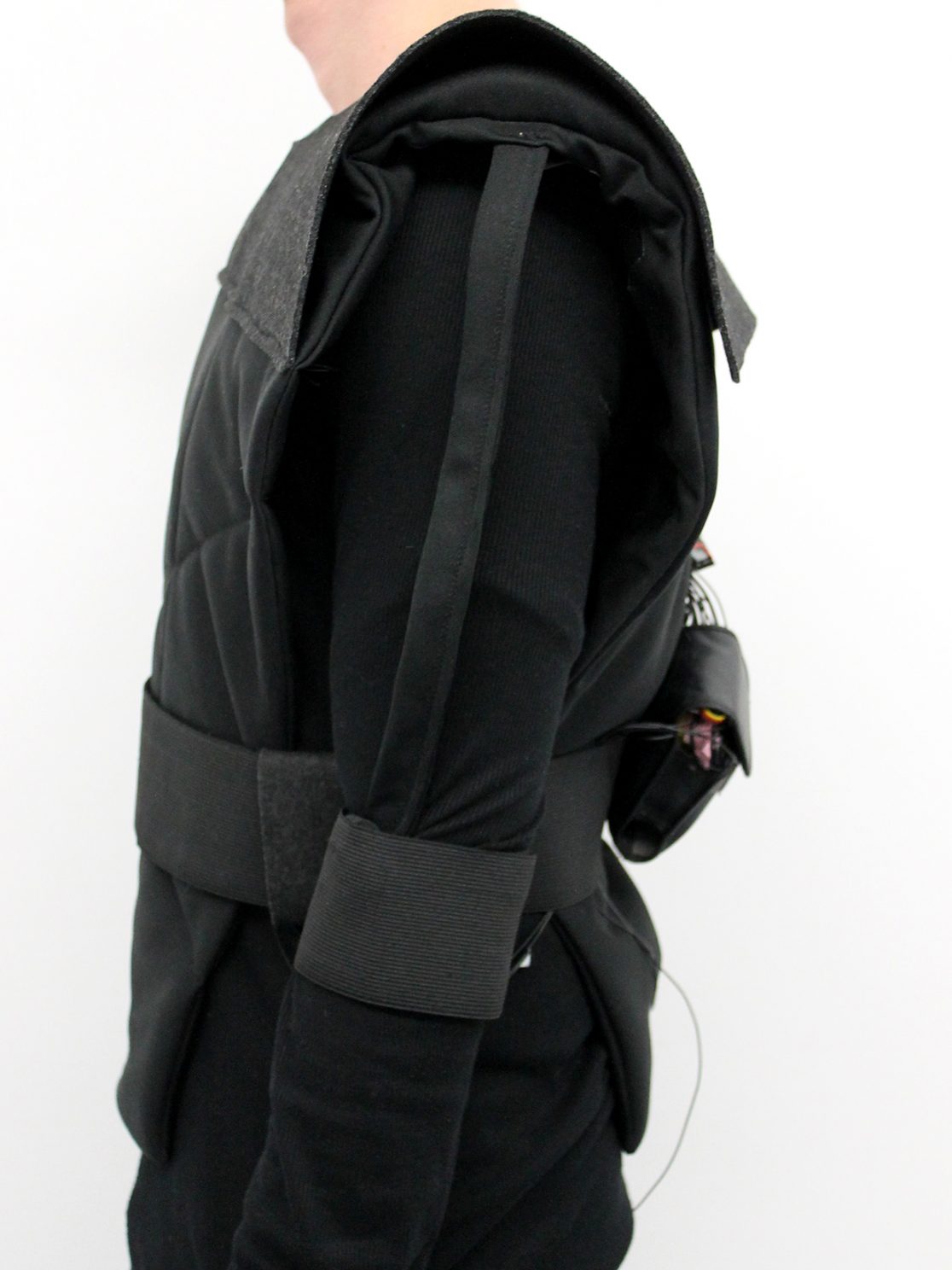 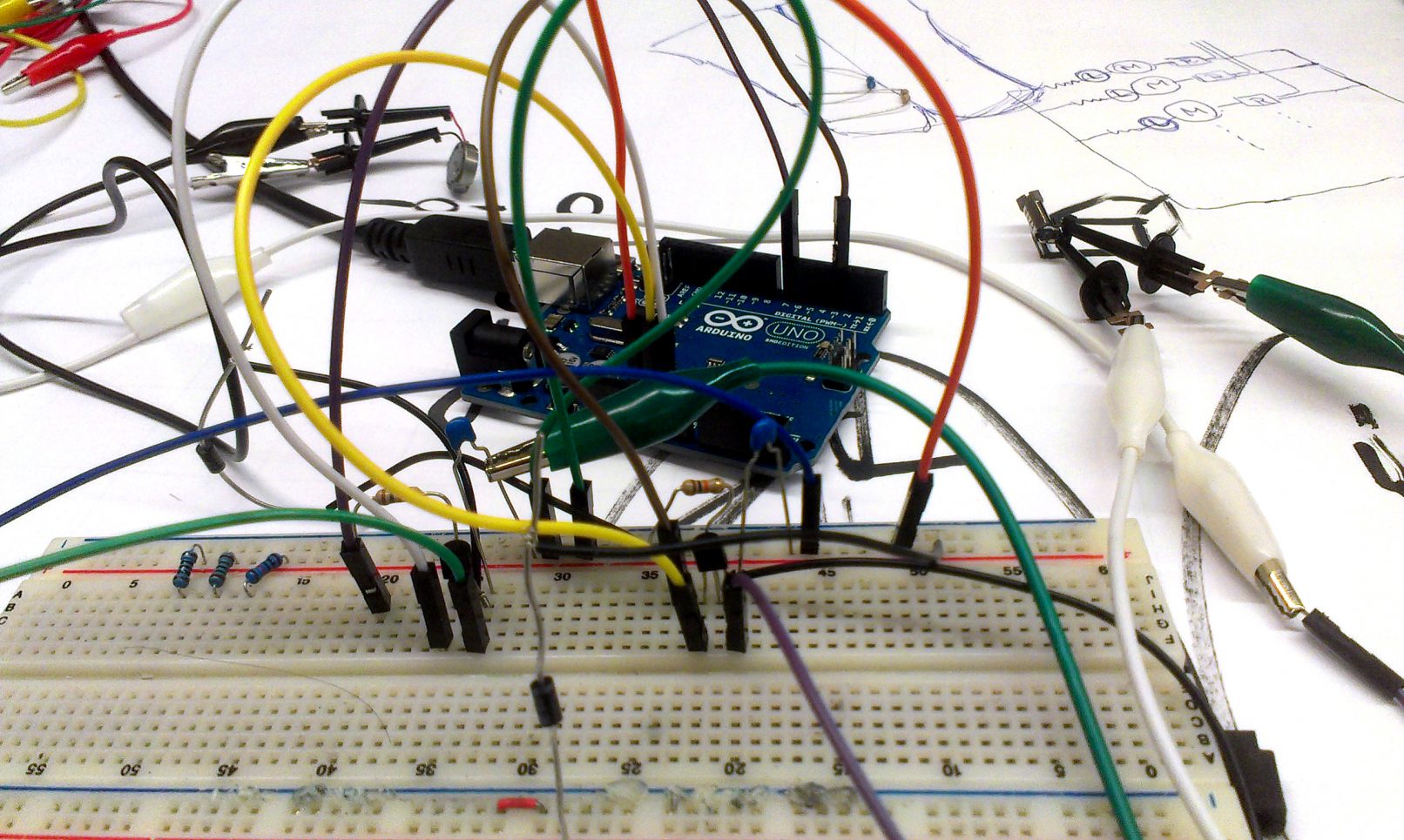 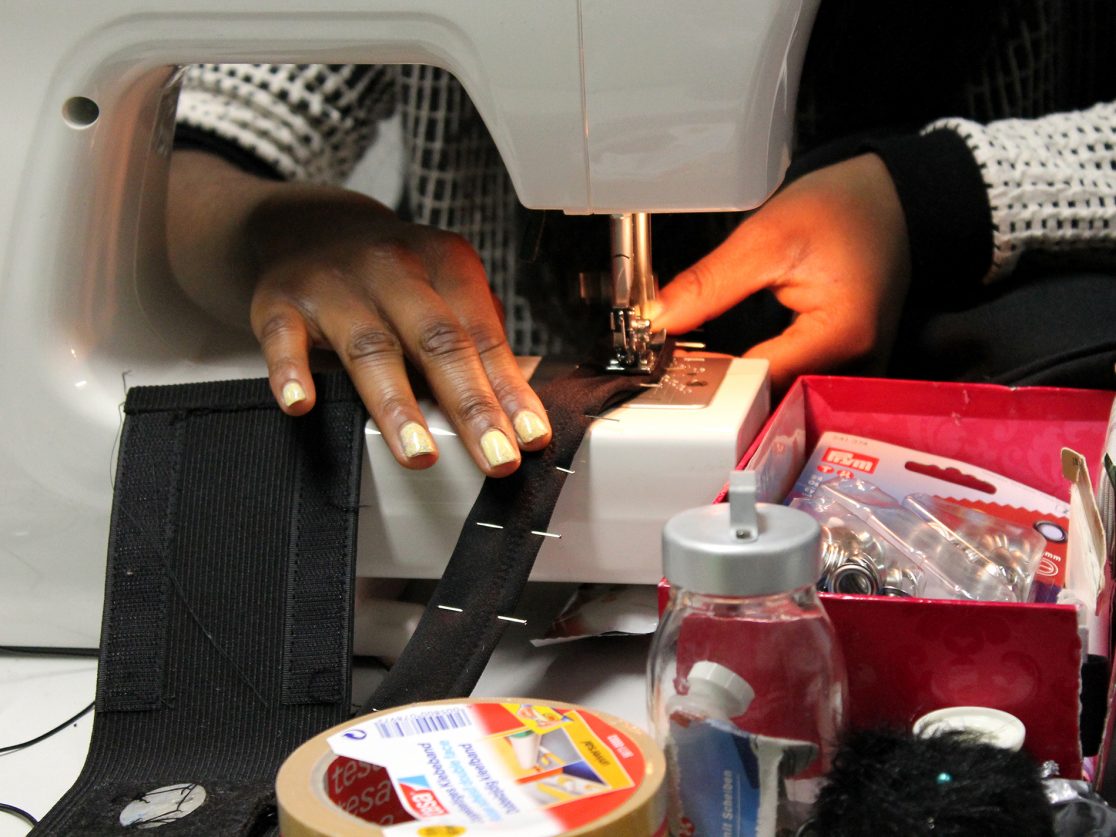 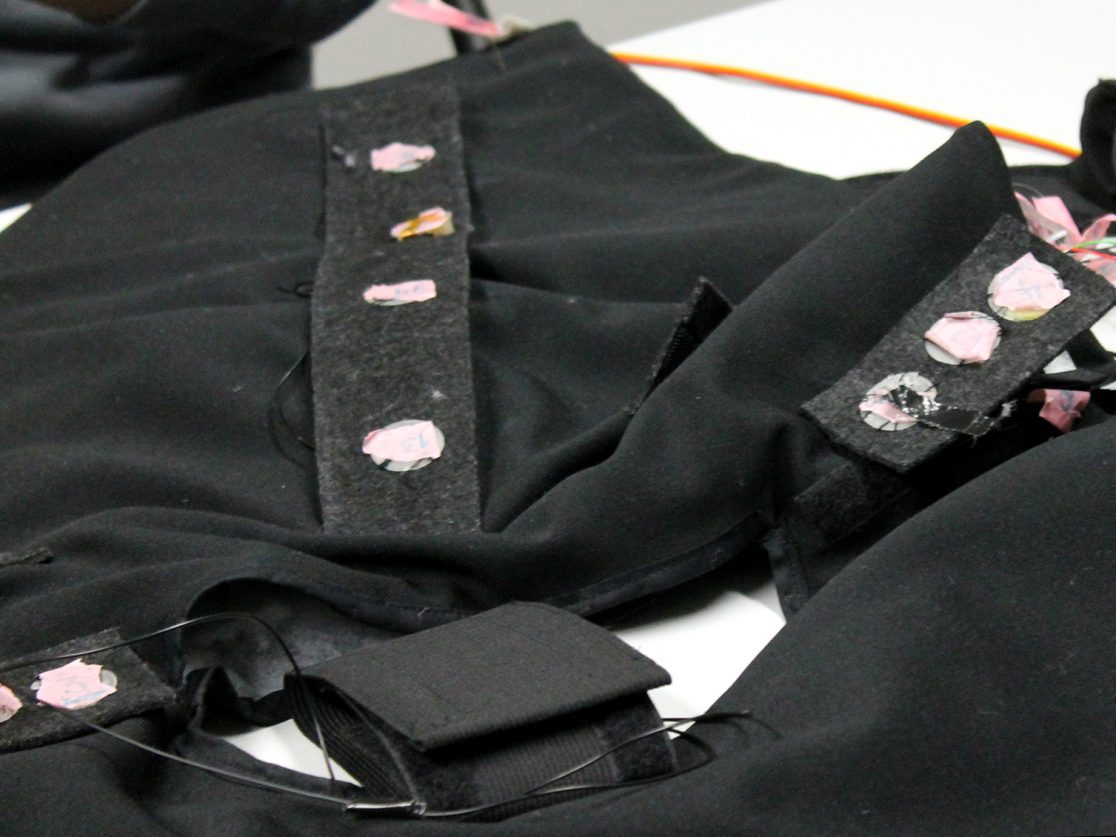 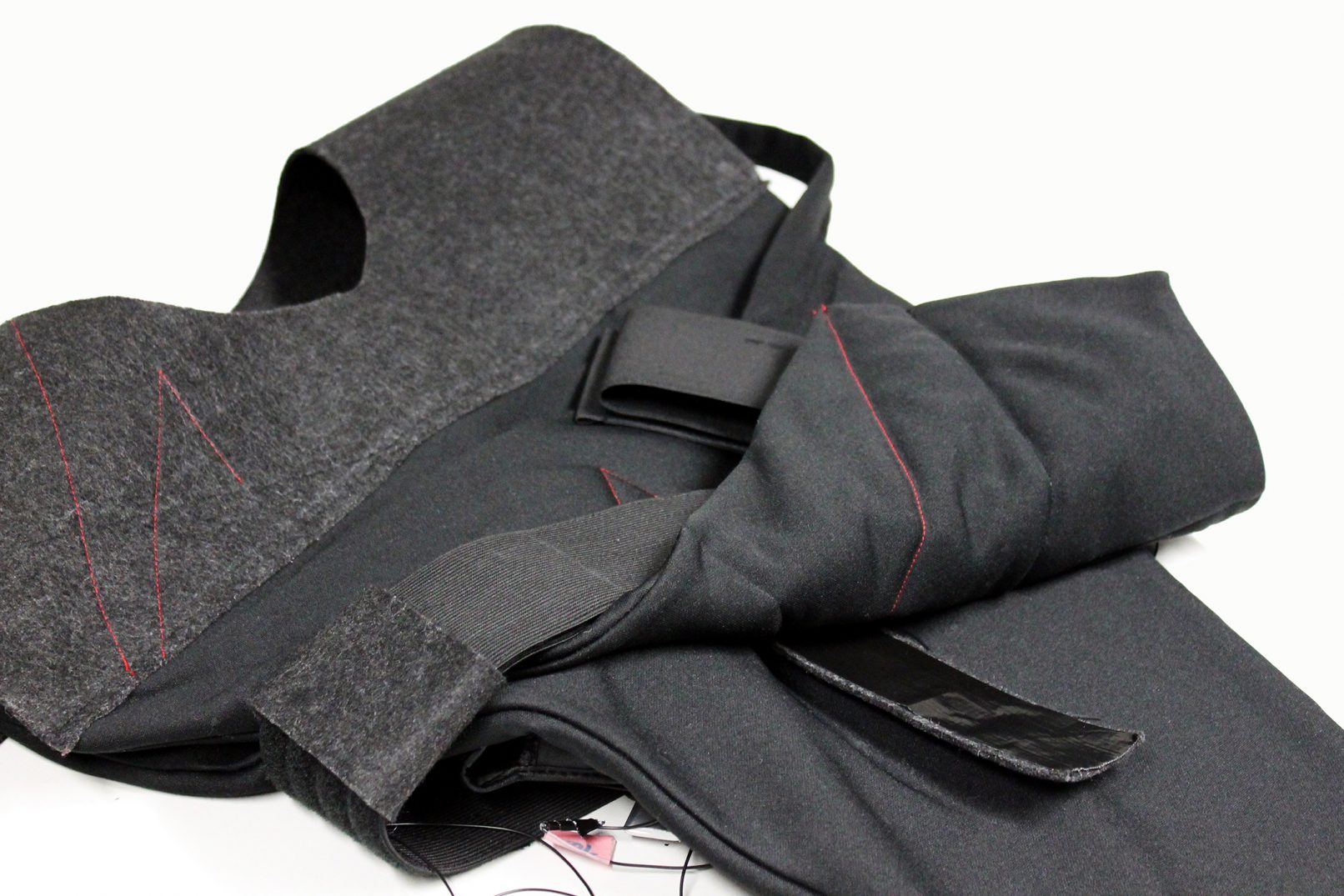